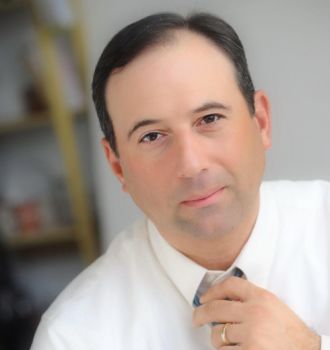 Robert J. Sciglimpaglia, Jr. is a Certified Worker’s Compensation Specialist by the Connecticut Bar Association and is admitted to Connecticut and New York, and also the United States Supreme Court. Robert graduated in 1988 from the University of Connecticut where he received a B.A. in Political Science, and he graduated from Pace University School of Law in 1991.

He has been practicing law since 1991 primarily in the area of worker’s compensation representing both claimants and respondents. He also practices in the areas of personal injury, real estate, foreclosures, mortgage modifications, and entertainment. He is also frequently appointed by the Stamford Superior Court as "Foreclosure Committee".

"The wheels of justice are often slow. It's important to be patient as we work toward a fair resolution."

His former experience includes insurance defense work for the Traveler’s Insurance Company. He has argued and defended numerous cases in the Worker’s Compensation Commission, as well as the Compensation Review Board, and Superior Court and Appellate Courts. One area he is well known for is representing companies who have faced worker’s compensation and labor department audits concerning the employment classification of workers for the companies, ie, independent contractors versus employees.

In addition to the practice of law, Robert is also a professional actor and voice-over artist and is a member of SAG-AFTRA. He hosted a radio show called “The Law Show” that aired on WSTC/WNLK, and also conducted the “Ask the Lawyer” segment on WICC. He has appeared on national TV numerous times, including a Super Bowl Commercial voted number 21 best in the history of the Super Bowl.

He is also the Amazon #1 best selling author of the book called "Voice Over Legal", which is widely used as a legal reference by the Voice Over Industry.